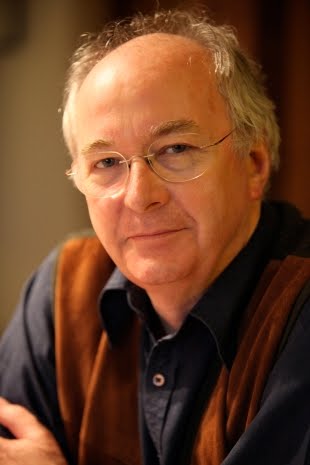 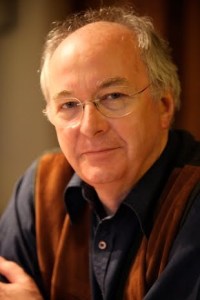 On September 8th, at Homerton College, Cambridge, Philip Pullman gave a lecture on Philippa Pearce and Tom’s Midnight Garden, choosing the concept of time as his main focus.

As expected, the lecture was brilliant: funny, erudite and confident. Judging by the questions asked after the lecture, the most controversial aspect of Pullman’s talk was his take on the current ‘trend’ for narratives for children and teenagers in the present tense.

‘I see texts in the present tense everywhere,’ he declared, ‘whereas when I was young they didn’t exist. Recently, I visited a Creative Writing class at a university and almost all students were writing in the present tense. When I asked the teacher why that was the case, he admitted he hadn’t even noticed.’

I’m ambivalent. The present tense has never bothered me, either when I read, or as a ‘concept’. In French, my mother tongue, you can write a narrative in more tenses – two different forms of past, and the present (not mentioning the very experimental future tense). Writing in the ‘simple past’ (which is ironically absurdly complicated) makes for a ‘classical’, formal narrative. Writing in the ‘composed past’ is the most informal, relaxed form of narrative (Young Nicholas is an example). Writing in the present tense isn’t connotated either way – you can mould it to make it sound grand, philosophical and nouveau roman, or to make it sound fun, immediate and energetic. A neutral tense, in other words.

It’s a bit easy to assign a form of ideology or social commentary to the present tense. Yeah, it’s tempting to say that it will appeal to people who live in the here and now, refusing to look behind and to pay their respects to their elders. It’s tempting to blame reality TV and live events and the Internet (vade retro).

Being multimodal young adults constantly plugged in to our iPods, constantly receptive to current affairs, constantly reactive, might very well enhance our ability to imagine ourselves everywhere and everywhen at the same time. Reading and writing in the present tense isn’t necessarily a blind and naive declaration of carpe diem.