As evidenced by some of our recent blog entries, being a PhD student isn’t all sitting in the library (even if that’s how we spend the majority of our time).  We go to conferences, we travel for research, we do good works around the world.  And sometimes, we meet royalty!

Okay – so admittedly, the royalty aspect was just a clincher to a larger project.  This blog post is about creative writing and teaching, specifically, a workshop I was asked to put together for the Royal Commonwealth Society’s Annual Essay Competition.  As a bonus, however, this post will include a picture of Prince Charles.  So please, stay tuned….
The Commonwealth Essay Competition is an annual contest, meant to encourage young writers to think about larger issues citizens of the Commonwealth face.  Students between 14 and 18 years of age can submit anything, from a story, essay, letter, play, or poem in answer to the essay prompts.  This year’s theme is ‘Opportunity through Enterprise’. A link to the competition can be found here, if anyone’s interested, or knows someone who might be. 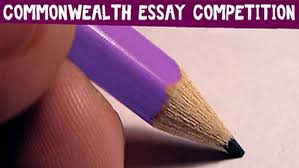 So what does this have to do with children’s literature, you ask?  Well, I, an American PhD student, was asked if I might like to lead a workshop meant to raise interest in the essay competition.  A group of students from several different schools around Cambridge and London would be brought to Cambridge, and would take part in a day of discussion about issues facing the Commonwealth.  Then, the students would take part in my half-hour workshop.  Also, Prince Charles would be there.  Also, it was in a week.
Let’s be honest about certain American stereotypes.  We get very excited about royalty.  We don’t have any, so the idea of a real live prince or princess is pretty darn cool.  Also, I study children’s literature: I’m not ashamed to admit that the only princes I’m familiar with have been of the Disney variety.

While the royalty-element fuelled a great deal of the excitement (especially when I relayed the news back home), my time and mental energy was mostly spent working furiously to figure out how to lead the workshop.  Specifically, what to do with thirty kids, between 14 and 18, who I wanted to take away something meaningful about the competition and creativity from one brief half-hour of writing activities.
Eventually, I settled on a ‘Popcorn’ style game, where each student would have a chance to write on one of the prompts in a randomly-selected format (play, story, essay, letter or poem) for two minutes apiece.  It was fast, it covered the whole range of the competition, and I was terrified that the students would hate it.  Or refuse to do it.  Or think it was a waste of time.
The day dawned, I wore my best ‘professional’ clothes, and I made my way to the event.  And it was GREAT.
It wasn’t just that all my fears were proved completely unfounded that made it so wonderful.  It was that the students, also terrified – they were among peers they didn’t know, dressed in their most ‘professional’ clothes, scared that they’d say something awkward in front of important people – were not only terrific: they were passionate.  I had worried about getting them excited about creativity and the issues that face their world today.  Turns out, they already are.

When I asked them to take a few moments, in groups, to come up with ideas for the various essay prompts and formats, the results were impressive.  One group thought of a poem in which every line would be written in the voice of a different person in a different part of the Commonwealth, a narrative device that wouldn’t be revealed until the end, but merely signalled to through subtle linguistic and perspective shifts along the way.  Another group wanted to write a play that staged generational conflicts across the world, each act taking place in another culture and country.  The ideas kept coming, and when the students went into their individual work, they continued to come up with exciting and innovative ideas: one young woman wanted to create a wordless picturebook, one of the 14 year olds wanted to write a piece of public-policy.
My day with the Commonwealth Society acted as a reminder of why we do what we do, and more so, why it’s FUN.
But I also think it says some really nice things about children’s literature itself.  As academics, we spend a great deal of time picking children’s literature apart.  We critique it and deconstruct it, and decide where it sits in the historical and cultural continuum that feeds into our contemporary definitions of ‘child’.  I look at popular texts specifically, and a lot of my time is spent making casual references like: “the profound popularity of this series demonstrates…”.
But this reminded me that there are faces behind the popularity: adolescents of all ages who want to read, write, and create.  This reminded me what a tremendous disservice it is to treat young people as an indiscriminate, consuming mass.  These are smart and aware teenagers who pick books they want to read.  I think the greatest thing I took from this event was the reminder that no matter how I might sneer at a book which to me is formulaic or badly written, there’s a reason it’s popular: there’s an urge it satisfies, a curiosity it answers, an escape it provides that is fulfilling.  I’m not saying that I stand behind all young adult and children’s literature – there’s a lot I don’t like, and a lot I’d prefer wasn’t out there.  But even if we identify elements that are ‘troubling’ in literature for young people – sex, violence, you name it – we have to remember that alongside looking at what’s wrong with texts, we also have to look at what’s right: what appeals and why.  Like them or not, popular children’s and YA texts have their finger on the pulse of contemporary society.  And the sooner we acknowledge young people for the creative, passionate, and promising individuals they are, the sooner we can engage them in meaningful discussion about the literature they consume, the stories they love, the elements that may disturb us but ring true to them.
And yes, Prince Charles came.  I got introduced specially, and he asked about the day.  I tried to tell him about how great the kids had been.  I wanted to communicate, at least on a basic level, how much the session had done for me.  But he just nodded and asked about what I studied.  When I told him children’s literature, he raised an eyebrow.
“Children’s literature?  Wonderful the things you can study nowadays.”
Why, yes, Sir.  Yes, it is.