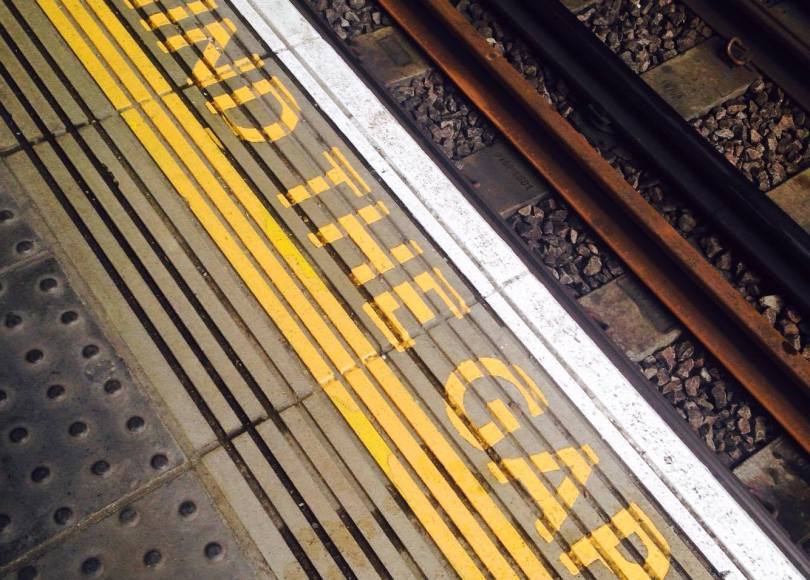 This week’s blog is courtesy of Chris Hussey, who is a third-year part-time PhD student. His research looks at relationships with place, both real and literary, focusing on London as a site of place-identity.

The inspiration for this blog came during the keynote by Dr. Fiona Maine at the annual Kaleidoscope conference, held on the 26th and 27th May 2016, which is organised and hosted by students at the Faculty of Education, University of Cambridge. The theme of ‘Mind the Gap: Bridging theory and practice in educational research’ encouraged delegates to draw out these links within their own work, and look for how this relationship between theory and practice can be brought closer through educational research. Dr Maine’s keynote was entitled ‘Mind the Gap – Embrace the Space’, and it got me thinking about gaps more broadly within the context of education and how they are viewed. 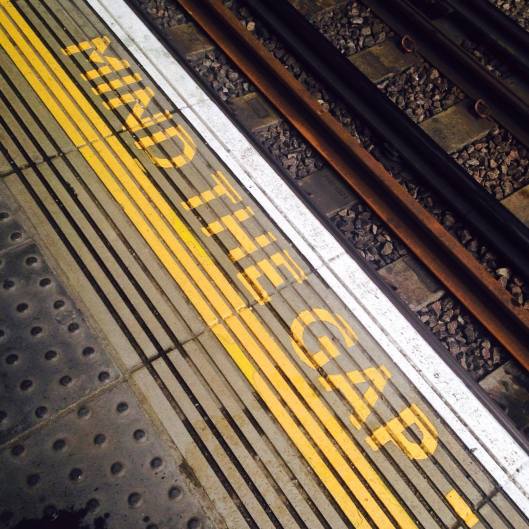 As a regular commuter, I am well aware of minding gaps – it is something I do every day going into London when using the Underground. This physical avoidance of a ‘gap’ is for matters of safety, as the noun ‘gap’ represents “an empty space or opening in the middle of something or between two things” according to the Cambridge Dictionary. It is therefore seen as though there is something missing – that may need to be filled or avoided, and there are definitely connotations of negativity. Phrases such as ‘a gap in their knowledge’ often imply it is something that is missing, and perhaps should be there, rather than seeing it as an opportunity for something to be learned.

Yet this is how we conceptualise the notions of a gap: it is a word often cited within education with reference to attainment, often paired with gender to indicate disparity between boys and girls. I particularly like Pyke’s (2004:11) assertion that much like how “death and taxes are much-quoted certainties”, that there are two further constants: the improvement of exam results overall for both sexes and that the “gap between boys’ and girls’ performance will have widened … girls are outscoring boys in almost every subject at every stage in the educational system.” With that in mind, if you are comparing results between boys and girls, by the virtue of there being only two options – one will always be likely to be ahead of the other!

Understandably, educationalists want to address this attainment gap – as you do want all students achieving their best. However, this is challenging – and ultimately, is unlikely that results will ever be equal in this regard given the uniqueness of each candidate sitting these examinations. Taking a more holistic view of each child and their learning capabilities and potential is important, and constructivist views such as Piaget’s (1952) notions that children are “empty vessels to be filled” should not take this to mean that children are lacking, but rather there is limitless potential. It is less of a hole, but more akin to an Aristotelian “tabula rasa” (or “blank slate”), from which individuals can explore and create, and starting without preconceptions, can learn through experience to come to understand the world around them (Locke, 1690, 1693). These sorts of gaps, in understanding and knowledge, are not problematic – but rather should be seen as exciting learning opportunities to be taken advantage of.

Within children’s literature, we don’t mind gaps. Iser (1972:285) comments on the “inexhaustibility” of texts because of this very nature, as “each individual reader will fill in the gaps in his own way”: “for this reason, one text is potentially capable of several different realizations, and no reading can ever exhaust the full potential.” This subjectivity and inherently personal approach allows a reader to bring their lived experience and imaginative capability to a text to fill these readerly gaps, as they make inferences and interpret the text in their own way. This liminal space, crafted through these gaps, is ripe with possibility and potential.

In the context of reader-response theory, Nikolajeva (2005:258) identifies “at least three different kinds” of textual gaps, which can operate as a “powerful device to steer the reader toward a certain interpretation”. There are those gaps we fill “automatically”, based on experience, those that are left deliberately for a reader to decode, and those that are designed to “stimulate” – allowing a reader to create or imagine (Nikolajeva, 2005). Each gap may be purposeful, but invariably will draw a unique response, potentially upon each reading by each reader. These gaps both aid and enhance our understanding and enjoyment: it may remove things that are redundant or obvious, whilst giving scope for any interpretation, as all are equally valid. Where Bland (2013:55) suggests that the “answers are not to be found in the words of pictures”, it is because there are no true answers – but rather only perspective.

There is a delicious irony that within this blog on gaps there are many: it would be impractical to list all of those that may exist and how these could be interpreted. Fundamentally, considering the terms we use and how they are employed is an important part of reflective practice, and exploring how these terms may be used or conceptualised within other or different contexts may be powerful in our increasingly inter- and multi-disciplinary field, as we may seek to use these in our own work and analysis.