Danielle Cameron is a former teaching assistant and current MPhil student. She writes about issues of intersectionality (particularly age, race and gender) in YA literature.

10th September 2015. The date has stuck with me because it was then that I firmly decided to apply to the 2016-2017 MPhil in Critical Approaches to Chil

dren’s Literature. I had been seriously considering applying ever since the previous Christmas but, as I was still completing my MA in American Literature at UEA, I waited until handing in my thesis to make any big decisions. Seven days after handing in the aforementioned thesis, I was on my train home after witnessing Meg Rosoff’s outstanding Philippa Pearce Lecture. Her lecture was entitled “Do Not Be Afraid To Be Afraid” – a somewhat tauntingly appropriate title regarding my anxiety of not getting accepted onto the MPhil – and was, despite knowing Cambridge well, my first time at Homerton College.

9th May 2017. Alarmingly, I am now just two months away from my time on the MPhil being over. The time really has flown by. My initial impression of Cambridge’s children’s literature community as wonderfully friendly has, time and again, been proven correct. Another aspect of Cambridge children’s literature life that has remained consistent is the high standard of lectures given by visiting authors and scholars.

On this specific day, I found myself walking home from Philip Nel’s exceptional “Was the Cat in the Hat Black?: The Hidden Racism of Children’s Literature, and the Need for Diverse Books” and thinking about everything that his lecture covered. My first experience of Nel’s writing occurred when I was researching my previous thesis – on the presentation of children in Don DeLillo’s later works – and I have been a regular reader of his ever since. So, when his PLACE research seminar was announced, I was more than eager to RSVP and confirm my attendance!

During the lecture, Nel provided an impressively thorough overview of his upcoming book and its central arguments. Was the Cat in the Hat Black?: The Hidden Racism of Children’s Literature, and the Need for Diverse Books consists of five chapters which each consider and critique different aspects of children’s literature relationship with systemic racism, and Nel discussed them each in turn. With each section of his lecture, Nel astutely tackled difficult yet important subject matter in an engaging and honest manner. I particularly appreciated his acknowledgement of being a white children’s literature scholar discussing oppression that he himself has not experienced, and his emphasis that listening to marginalised communities is the most important act that those wishing to be allies to race activism can do. By acknowledging his status, Nel does not diminish the validity of his work but, rather, further shows his awareness of systemic racism and his insistence that we, as both scholars and humans, cannot and must not speak for people who have suffered oppression and marginalisation that we have not. However, as Nel reminded his audience, speaking for is not the same as speaking out about: in both his lecture and forthcoming book, Nel speaks out about and rings alarm bells to wake people up to the ways in which children’s literature (and children’s literature publishing) engages with racism. This engagement is unnerving but ultimately, Nel argues, this engagement suggests ways in which children’s literature can act as a site of resistance against discrimination.

As Nel’s lecture evidenced, the need for books discussing a variety of experiences is palpable so I thought it only right to finish this blog post with a few recommendations:

Centred around Déjà, Towers Falling offers a meditation upon how generations who were born post-9/11 might learn about its significance. Déjà is an African American fifth grader whose family is living in a shelter

after losing their apartment. She does not understand why her father is always angry or ill and she does not understand why her teacher gets upset when looking out at the Manhattan skyline. Rhodes’s novel follows Déjà’s pursuit of answers to her confusion. While responses to 9/11 are not new in children’s literature and YA, Towers Falling was the first book that I read with a protagonist born after the event. Rhodes writes about race, trauma and friendship with commendable sensitivity.

More Happy Than Not by Adam Silvera 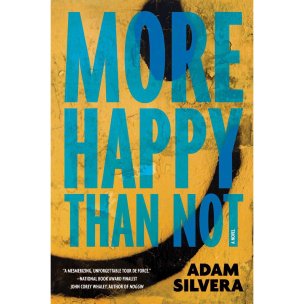 Set in the near-future, Silvera’s protagonist is Aaron Soto. Both he and his mum are struggling with grief after his father’s suicide. When Aaron’s girlfriend leaves town for a couple of weeks, he finds himself developing feelings for another boy. Due to tensions in the community, Aaron considers undergoing a memory-alteration procedure to rid himself of his feelings. A tough read at times, More Happy Than Not offers representation of intersections of queerness, race and class. 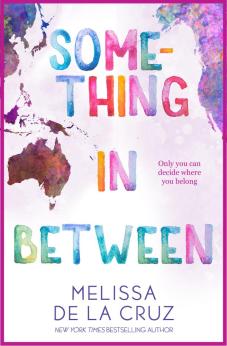 Something in Between by Melissa de la Cruz

Jasmine de los Santos is the All-American Girl: she’s a cheerleader, a top student and
she’s just received an offer of the most prestigious scholarship in the country. But, as a result of this offer, she finds out that her family are undocumented immigrants and, thus, she is not just unable to receive the scholarship but her family are in danger of being deported. While the love story at the heart of de la Cruz’s novel might seem too good to be true, Something in Between discusses political pressure and procedures enacted against undocumented families as well as reminding its readers why no human is illegal.

Happy reading, and remember that every book has the potential to provoke an opinion, challenge a mindset and change someone’s world!