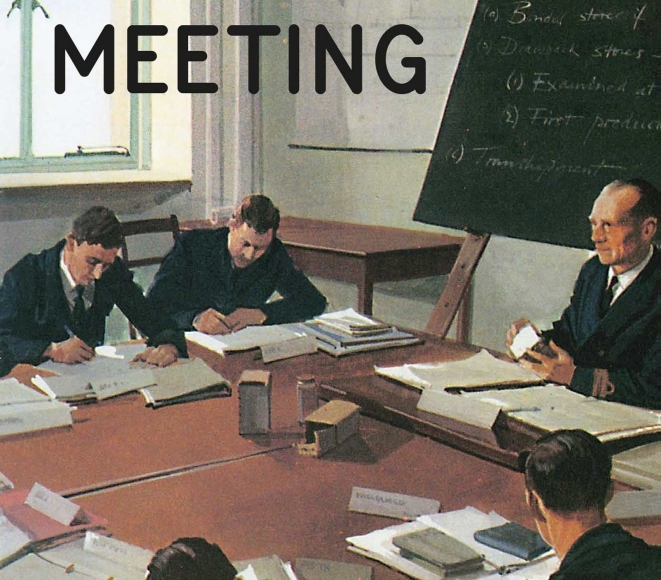 Alex Conway is a book nerd, cat lover, and recent Cambridge graduand in cultural, political and social geography, with a focus on nostalgia, and places and practices of exclusion and belonging.

Every time I go into a bookshop here in Cambridge (a financially dangerous proposition), I’m struck by the amount of what I call “Children’s Literature for Adults” that’s on display. I see tables piled high with adaptations of familiar nostalgic (if slightly dated) franchises ironically riffing off current events or fads, such as “The Ladybird Book of Hipsters” or “How it Works: The Husband” (Ladybirds for Grown-Ups), “Five Go Gluten Free” or “Five Go on a Strategy Away Day”. Connected to this renaissance is the seeming explosion in popularity of adult colouring books, with their beautiful kaleidoscopic covers cleverly placed alongside sets of “adult” colouring pencils as well as toys like fidget spinners, fidget cubes and the like. This nostalgia isn’t just limited to children’s literature though, what with the resurrection of Hollywood blockbusters like Star Wars, Indiana Jones or Jurassic Park, cult TV series like Stranger Things or the (inexplicable) runaway success of the Transformers franchise. Food and drink aren’t immune either,  with fads like paleo diets, artisanal coffee and “real ale” campaigns all promoted with a nostalgia for an imagined better past.

As a card-carrying, beard-wearing, latte-drinking millennial, I can see that these are all things from my own youth. Books I remember from when I was in Montessori, toys I played with, TV shows I watched and video games I played after school. Now, I don’t want this to seem like some hipster bashing article decrying exposed brickwork or those who adore vinyl, but rather a curiosity as to why there seems to be such a demand for the intellectual properties and paraphernalia of the past, and specifically the childhoods of millennials like me (i.e. those born in the 80s and 90s).

Life isn’t as easy as I thought it’d be, a degree (and a masters to boot) from decent universities, copious extra-curriculars, and work experience haven’t quite translated into the golden ticket I’d been led to expect. Often times I feel adrift, I’m supposedly an adult (25 is an adult, right?), but at times I just feel lost and like I don’t really understand what’s going on or where I’m going to end up in the future. In a way, the past seems rather secure, a relatively better place than an unknown tomorrow. Globalisation, technological revolutions, political upheavals, economic precarity, all these have disrupted and displaced the certainties of the past with a disorientating multiplicity of futures. On top of this is a proliferation of think pieces decrying millennials as being spoilt, entitled, or just plain childish, as adults who’d rather play with toys instead of financial models.

Nostalgia was coined to describe a medical disorder in the 16th century, a homesickness supposedly brought about by a disconnection from one’s homeland (nostos ­– homecoming, algia – ache/pain), and potentially fatal. By the early 20th century it wasn’t seen as being so fatal, more a symptom of depression or melancholia, rather than a dangerous disease. Contemporary understandings view nostalgia as a positive emotion, which contributes to sense of self-worth and existential security. These books, what I called “Children’s Literature for Adults”, can offer this guidance and comfort. Whether that be a satirical take on Brexit with Enid Blyton’s Famous Five having a divisive referendum on Kirrin Island or Ladybird’s guide to hangovers and dating. Just because I’m an adult doesn’t mean I don’t still need guidance or support.
Nostalgia can also just be a defence mechanism in a world characterised by change and fluidity, the past providing a chance to breathe and take stock. Nostalgia is a comfort, a safe and secure space, where you can curl up in a warm room when it’s raining outside and re-read The Hobbit or Harry Potter for the umpteenth time and capture that sense of joy when you first read it as a child or enjoy the hypnotic pleasure of colouring in intricate patterns or spinning a disc between your fingers.

Of course, this not to say that nostalgia is always such a positive thing. The “restoration” of some version of the past or going back to the “good ‘ol days” has been extolled by movements like the Brexit Leave vote campaigns or Trump’s calls to “Make America Great Again”, often to the detriment of those who don’t fit into these nostalgic views. And next to this ugly side of nostalgia stands the Children’s Literature for Adults section. I see both as a yearning for comfort and security, as expressions of being lost and afraid. The books section is just that much more pleasant.