Time flies – the first term of my PhD is over, and I’m now back home with my family for the holidays.

People who celebrate Christmas have different views on it, of course. Some think it’s the most stressful time of the year and are happy when it’s over. Others are frustrated that it’s getting more and more commercialised, that we’re forgetting about the ‘true’ values and meaning of the holidays. And then there are those who absolutely love Christmas, who think it’s a magical, happy, wonderful time – and I have no shame to admit that I belong in this category.

For me, Christmas means being at home and spending time with my family and friends – something that has become even more valuable and special to me now that I live abroad.

Somehow, this year particularly, being home for the holidays has made me quite nostalgic.

So, for this blog post, I thought I’d do an MPhil-Essay-One-inspired reflection on my holiday childhood readings – ‘readings’ broadly referring to poems, stories and films.

I have many happy childhood memories about the holidays. I always saw them as something magical – even after I found out, aged 10/11, that the ‘Christkind’ (that’s who’s bringing the presents in Austria, not Santa Claus) does in fact not exist – though it did take me some time to forgive my parents for the ‘betrayal’ and to get over the embarrassment that they had read ALL the letters that I had written to the ‘Christkind’ in absolute confidentiality!

As a child, I took the build-up to Christmas very seriously. Already at the beginning of November, sometimes even earlier, I began reading my favourite Christmas poems and stories, singing Christmas carols, watching Christmas movies, and making holiday-themed crafts.

My favourite, most-treasured holiday book from my childhood is called ‘Advent Advent’ (published in 1996). It is a collection of 19th-century German and Austrian poems, stories, letters and Christmas carols, illustrated with beautiful drawings that instantly pull the reader into a fairy-tale-like past.

The 19th century, of course, is well known as some kind of ‘golden age’ of Christmas – let’s just think of Charles Dickens in England and Washington Irving in America, who, through their writings, basically invented the Christmas that we look back on with nostalgia today.

My favourite stories contained in the book were fairy tales: Hans Christian Anderson’s “The Little Match Girl”, “The Steadfast Tin Soldier” and “The Snow Queen”, as well as “Frau Holle” (known, I think, as Mother Holle, Mother Hulda or Old Mother Frost) by the Brothers Grimm. I also had multiple film adaptations of these tales that I would always watch at Christmas. 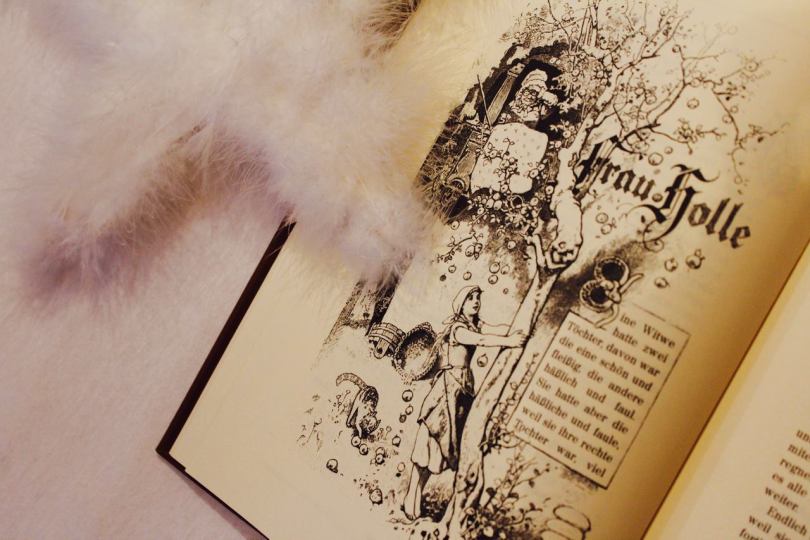 I also loved the poems in the book ‘Advent Advent’ – and during my childhood I even attempted writing my own poetry, inspired by and based on the style of those contained in the book. Most poems reflect the (assumed) innocence of childhood, depicting children as happy and carefree during the holidays, having fun, enjoying the first snow and building snowmen – it’s all about the simple things in life.

However, the poems and stories also seem to ask of the child reader to show gratitude at this time of the year, to be thankful for how blessed they are; that they are warm and comfy at Christmas, with a tree and a family to celebrate the birth of Jesus (unsurprisingly, there’s a lot about religion as well). 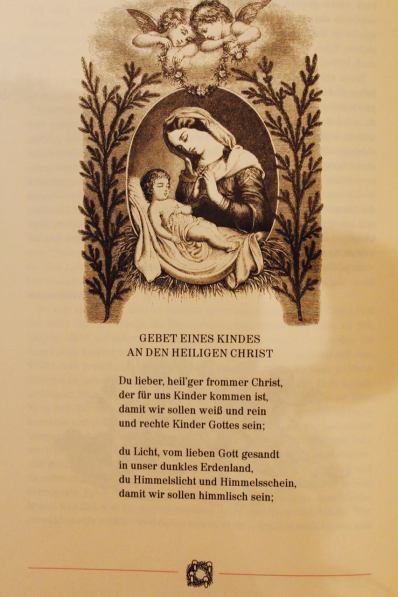 Most illustrations depict children or the family. The values of the nuclear family and traditional, stereotypical gender roles are clearly foregrounded. The book advocates a return to traditional holiday values and customs – particularly local customs within a German and Austrian context. I wonder whether this had anything to do with an increase in Americanization in the 1990s. 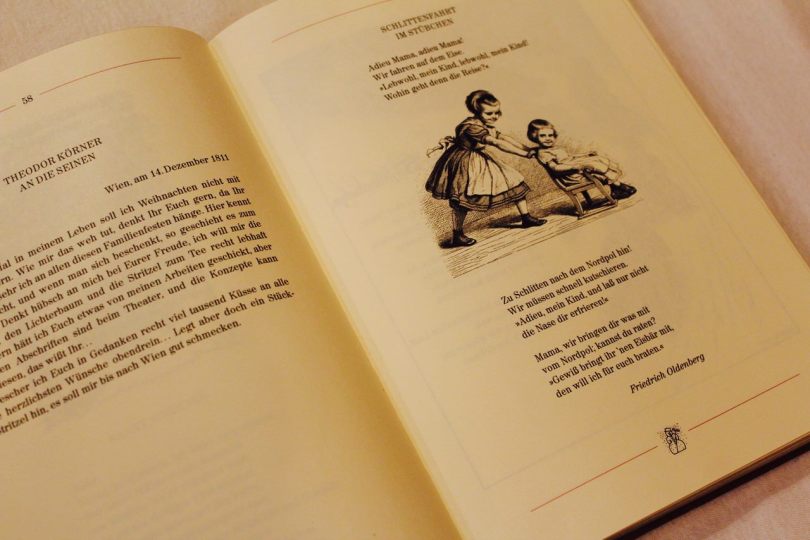 This Americanization was clearly reflected in the movies that I watched. They were, with few exceptions, Disney movies! 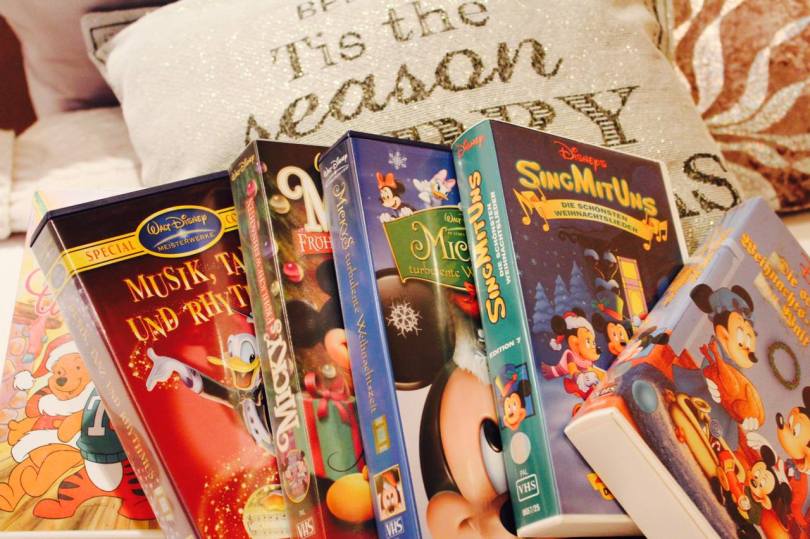 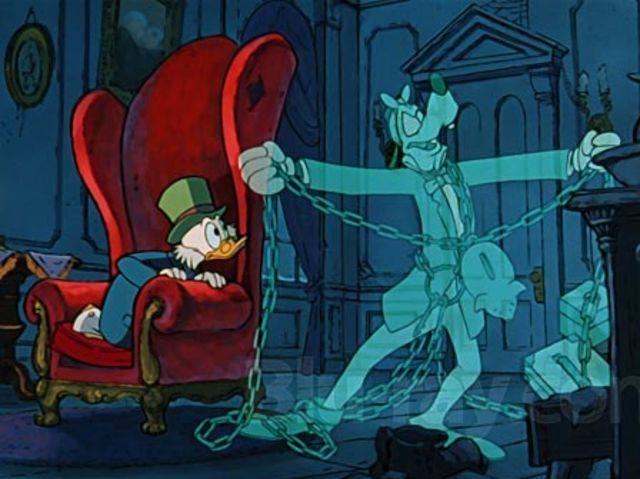 The Grinch was also one of my favourites, one that I would always watch with the family. I also didn’t know that it was based on a very popular picturebook by a very popular American author. This really reflects my childhood experience of English ‘classics’: I only got in contact with them through movie or TV adaptations.

So, while I didn’t have any English Christmas books (not even in translation) and my reading was German/Austrian-focused, all the movies I watched were American productions! (Miracle on 34th Street was another favourite, btw.)

I realize this blog post is already quite long, so I won’t continue listing all the things I read and watched at Christmas as a kid 🙂

Generally speaking, it’s fascinating to me how, both as children and adults, year after year, we return to the same Christmas stories of our childhood and youth.

Perhaps my desire to take this book from the shelf year after year reflects a deep longing for my childhood, the desire to go back to a time when everything seemed easier and more carefree. I’m idealising the past, of course. As so many of us do. But at least I am aware of it 🙂

Today, for me, Christmas is a time of calm and tranquillity, when I am grateful and appreciative of the days I get to spend back home surrounded by friends and family. It is also a time when I think about how blessed I am to be able to do my PhD in Cambridge, where I am surrounded by such supportive, kind and knowledgeable individuals; where I am part of a wonderful community of children’s literature scholars – and children’s literature scholars to-be 🙂 ; where I am able to pursue what is important and meaningful to me. These are the things that, today, I consider magical.