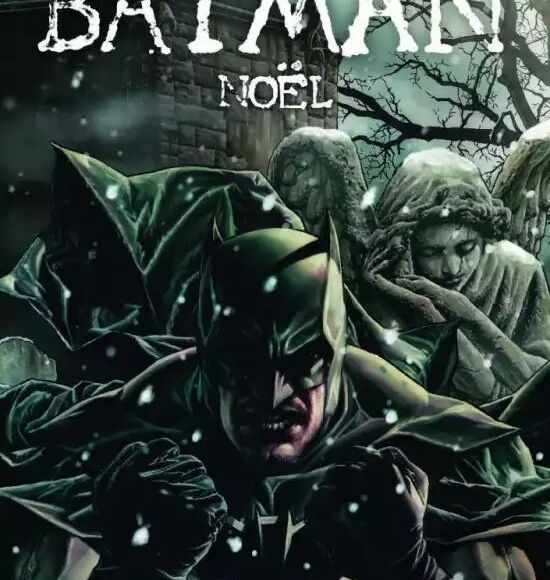 Cambridge in summer is a very different place than during term time. True, the swarms of tourists forcing you to make dangerous bike maneuvers are still here – in even greater numbers – but without undergraduates, colleges become a lot emptier and quieter. The life of a PhD student (at least in the humanities) is quite solitary at the best of times – in summer, it becomes even more so. In an effort to combat that, we continue with our children’s literature reading group over the break, which provides a fantastic opportunity not just to stay on top of new publications in our field, but also for basic human contact with colleagues.

On June 27, we decided to fight the hot weather with a Batman version of Charles Dickens’s A Christmas Carol. Batman – the solitary millionaire – is, obviously, Scrooge. Or is it so obvious? The graphic novel does a great job in featuring the Joker in just the right moments to make you wonder who Scrooge is. The Joker’s presence haunts the text throughout – the villain that Batman is chasing, and the employer who makes the life of this iteration’s Bob Cratchit hell. Some of us wondered whether the narrator, whose informal voice is represented by a typography strongly recalling Comic Sans, might even be the Joker himself.

Instead of the Joker, however, we find it is Bob telling the story to his Tiny Tim. The fact that this story is told brings the adaptation closer to Dickens – he is, after all, so strongly linked with performativity, his novels would have been read aloud by whole families when they were first published in their serialized form, and the association of A Christmas Carol with the festive season effortlessly evokes the idea of sharing tales by the fireside.

Bob’s relationship with the Joker, however, puts in to question his ‘goodness’. In Dickens’s novel, we have no doubt that he is one of the good guys, but in this graphic novel the boundary between good and evil is blurred throughout. Batman is not the only one who undergoes a change, from something like a villain to something like a hero. Bob himself goes from doing the Joker’s bidding to helping Batman in stopping him. I say “something like”, because what is emphasized here are the choices that people make – good and bad ones, which make us neither all good or all bad, but simply human. Both Batman (despite being a superhero) and Bob are, at the end of the day, a mix of both extremes.

The illustrations evoke a modern American city, with a dose of Victorian architecture thrown in for good measure, merging art deco with art nouveau, and presenting everything in an atmospheric and striking play of light and shadow. The ghost of Christmas Past is here represented by Catwoman, Superman plays the role of the ghost of Christmas Present with an angelic, fiery light surrounding his frame – and it all begins with Robin as Marley kicking off the hauntings. Robin’s appearance, however, is only reported to the reader, which I feel is a particularly disappointing missed opportunity, not just because of the dynamic between Batman and Robin(s), but because it is such an evocative scene in Dickens’s tale.

While the graphic novel supplies plenty of topics for discussion for readers familiar with Batman and/or A Christmas Carol, it is a confusing and not quite fulfilling text for anyone unfamiliar with either of these narratives. Much of our conversation centered around what we knew about the texts adapted, and sharing this knowledge in order to appreciate this text better. While this is a defining aspect of all adaptations, (personally) I find those which also work effortlessly as independent texts to be the most interesting.

The graphic novel’s conclusion reveals Bob asking Tim (and the reader): “What’s the moral of the story?”. It seems to be a simple enough question, but especially for children’s literature scholars, it brings with it a complicated array of arguments about didacticism and children’s literature. The implication that there must be a moral also seems at odds with the nuanced representation of human nature throughout the narrative, which instead of asking for a single conclusive response, highlights the complex process of reasoning which lies behind people making the decisions that they do.

“That’s how it starts, sir. The fever, the rage, the feeling of powerlessness that turns good men…cruel.”

Don’t forget the CRCLC Children's Literature Reading Group has its first meeting of the term this evening! We're starting off Lent with Dean Atta's "The Black Flamingo"! Join us from 6:30pm here at Homerton College, Cambridge. See the above for more details #versenovel #blackflamingo #deanatta #yalit #childrensliterature #crclc #universityofcambridge
Last week we heard about the exciting and innovative research of your current 1st year PhDs! We can’t wait to see how the projects progress #phd #firstyearfootnotes #childrensliterature #yalit #picturebooks #research #phdlife #crclc #universityofcambridge
The Children’s Literature reading group is back with a bang next week! Join us on Tuesday 28th at 6.30 in Ibberson 2 @homertoncollege for Black Flamingo by @deanatta and because we have an incredible team @edfaclib we already have the novels in for you to borrow! Black Flamingo is an incredible verse novel about the fierce power of drag and everyone's search for identity. As a mixed-race gay teen growing up in London, Micheal has a hard time determining his identity. Being half-Jamaican and half-Greek, he never feels quite Greek or Black enough. It is through his discovery of drag and the Drag Society that he comes to find an acceptance of himself as he is. Thus, Black Flamingo is born. #childrensliterature #yalit #versenovel #crclc #blackflamingo #deanatta #universityofcambridge
Today is the day! Get those juicy abstracts ready and raring to submit because deadline day is upon us! #YASexy #yalit #conference #abstractsdue #letstalkaboutsex #crclc #universityofcambridge
Not one but TWO new Doctors in the house!! Congratulations Dr Webster and Dr Veldhuizen! #PhDone #phd #phdlife #crclc #childrensliterature #yalit #universityofcambridge
Just one week left to submit your abstracts for our Let’s Talk about Sex conference! Head over to our blog cambridgechildrenslit.co.uk to see more information on the call for papers #YASexy #feelingpeachy #conference #letstalkaboutsex #yalit #crclc #universityofcambridge #abstractsdue #oneweektogo