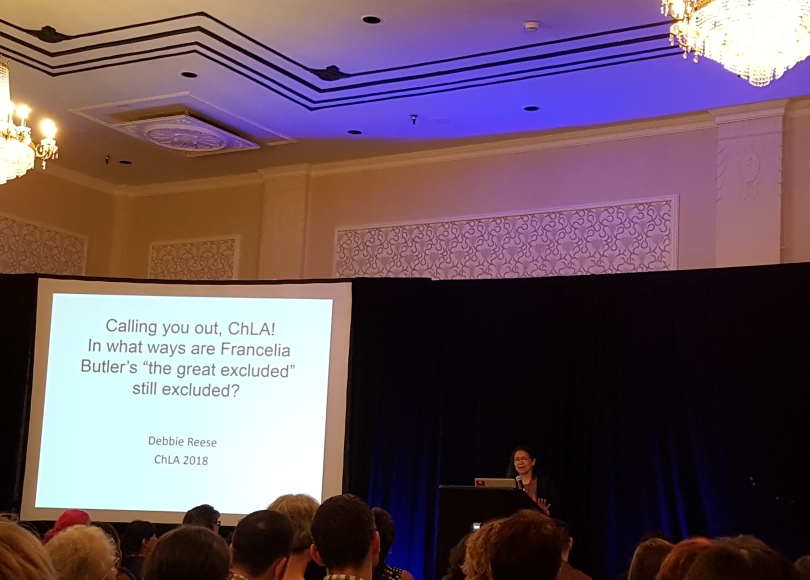 Sarah Hardstaff is a final year PhD student supervised by Maria Nikolajeva. Her study uses ideas from economic criticism to analyse the novels of Mildred Taylor and Cynthia Voigt. This year she attended the Children’s Literature Association conference for the first time. She usually prefers conferences where she doesn’t have jet lag and isn’t staying on a hotel corridor that looks like the set of The Shining.

As a student of American children’s literature, it was incredibly exciting for me to be immersed in the US-centric world of the Children’s Literature Association Conference, which this year took place on June 28-30 in San Antonio, Texas, hosted by Texas State University. I had never before been to a conference where everyone I spoke to had heard of my primary texts – not only that, but many of those people had also worked on them; where I was able to attend not one but two papers on Mildred Taylor, given by Wesley Jacques and Dr Karen Chandler. 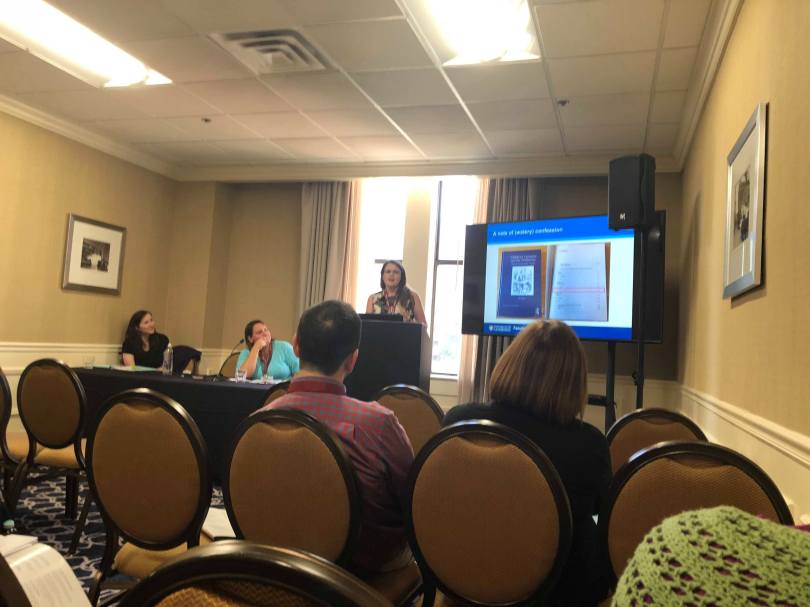 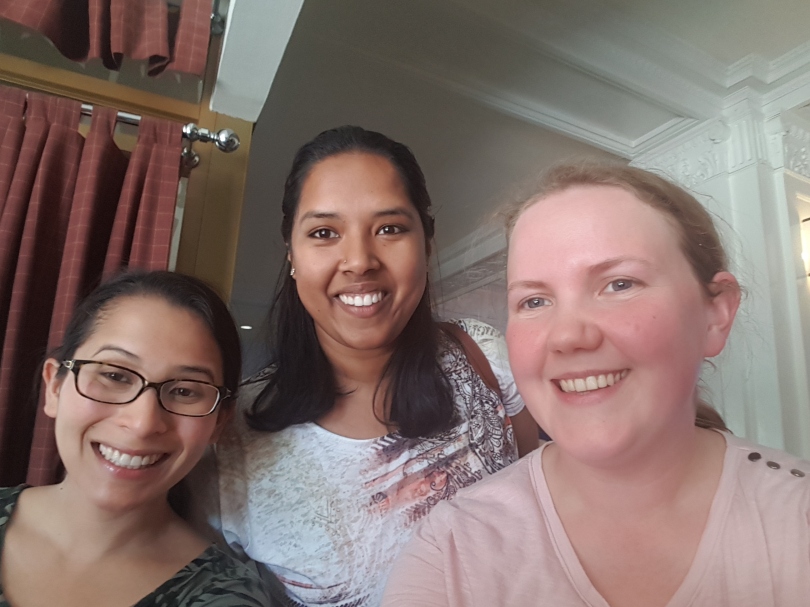 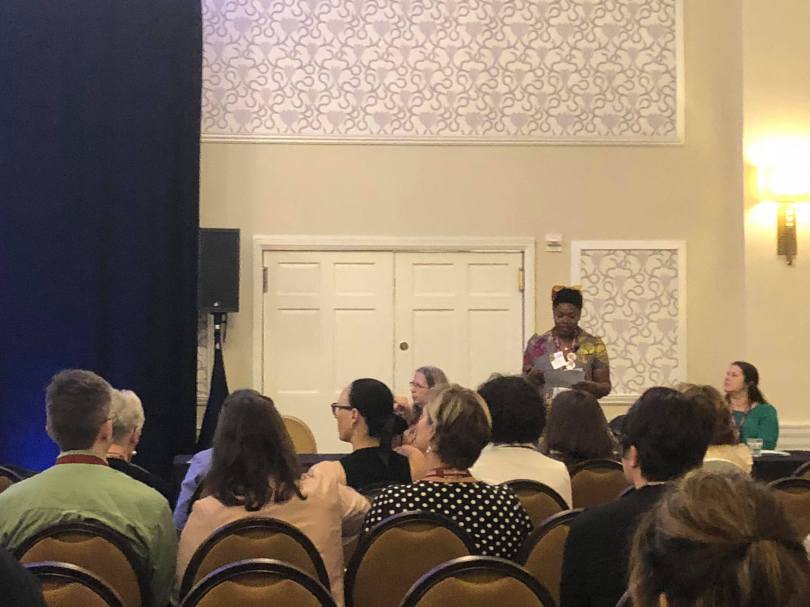 The theme for this year’s ChLA conference was Refreshing Waters, Turbulent Waters. This was a theme that found expression in numerous ways, from papers on mermaid stories, presentations on alcohol use and Dr Lynne Wiltse and Professor Jane Gangi’s contributions focusing on water in the context of children’s literature about refugees. 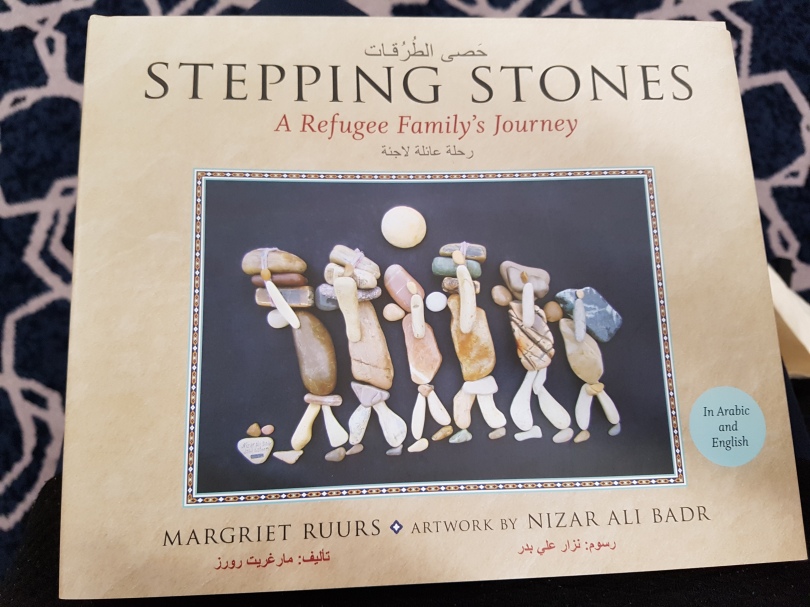 Given the conference setting, barely 150 miles from the US-Mexico border, combined with the current US administration’s abhorrent policy of family separation, involuntary journeys undertaken by children across both water and land were at the fore of our minds. Thus it was appropriate that the welfare of children was at the core of the conference keynote, the annual Francelia Butler Lecture, delivered this year by by Dr Debbie Reese. Reese’s research focuses on harmful representations of Indigenous people. She structured her keynote around a series of call-outs, critiquing both ChLA and the academic community at large for its ongoing support for and contributions to systemic oppression, contributions that are thinly disguised by a veneer of tolerance and tokenism. Reese concluded her talk by encouraging the audience to join her at the Families Belong Together March, recentring the real children that children’s literature criticism sometimes ignores. 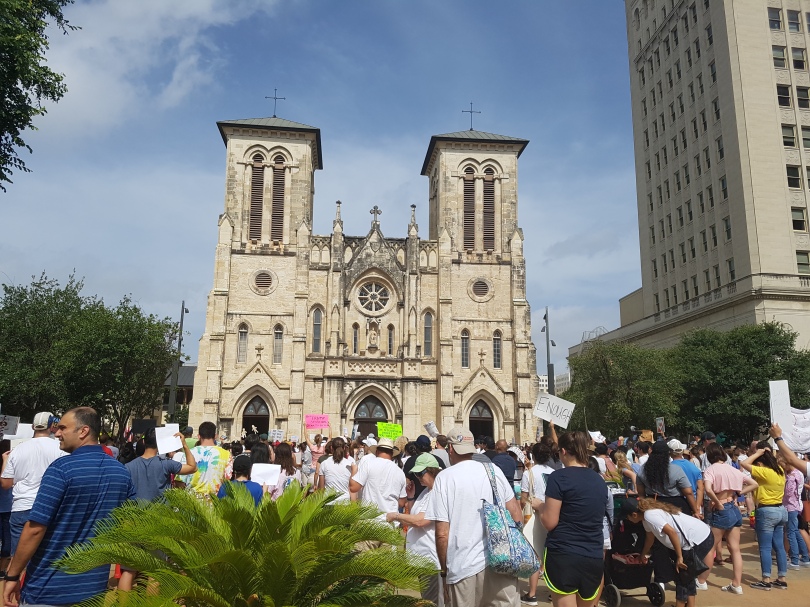 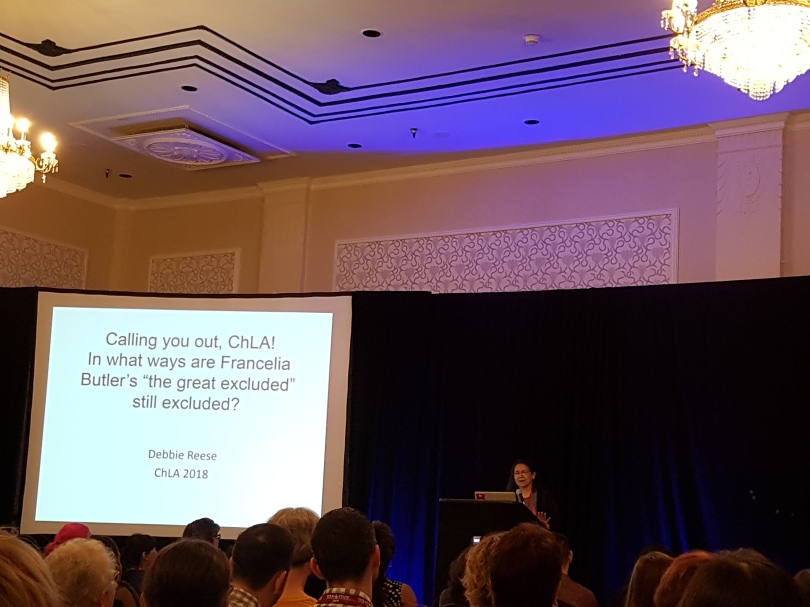 At one point, Reese announced an intention to shame the audience, an intention which I found difficult to embrace as someone who has worked hard all my adult life to move away from feelings of shame I internalised during a (very) religious education. Nor do I want my colleagues and friends to feel shame, especially those who have worked hard to get away from their childhood relationship with shame or those for whom the fear of being shamed keeps them out of the conversation entirely. But this was precisely the point – shame is incredibly harmful to children. This, Reese reminded us, is the shame that children feel when encountering misrepresentations of themselves in the classroom and other settings, a shame I remember from some of my favourite childhood texts.

When Matilda expressed her shock and worse, her pity, that Miss Honey was too poor to have real butter, I could no longer be Matilda. (It got worse when I entered academia and encountered criticism that described the Wormwoods as trashy and lower class – I had always thought of them as rich.) When Hermione – the bolshy, bullied scholarship girl I identified with so closely – appeared on screen with a cut-glass accent, I could no longer be Hermione. And if these disappointments still weigh heavy, if the shame meted out to the ChLA audience can cause harm to even the most resilient and privileged academic, how much worse the shame, how much more urgent to redress, is it for the children who need justice most?

With Reese’s keynote, many of the conference presentations and between-session conversations, and this recent article on the violent misogyny of literary classics  ringing in my ears, I went home and took a long hard look at myself and my bookshelf.

While these conversations continue to inform academic work and activism, ChLA-goers will cross paths again at ChLA 2019 in Indianapolis, where the theme will be ‘Activism and Empathy’. The 2019 keynote speaker will be Professor Michelle Martin, who spoke at Cambridge in 2016 on the dangers of the single story. Recognising that this blog post has been a single story of ChLA, I encourage you to remember that there are many others. 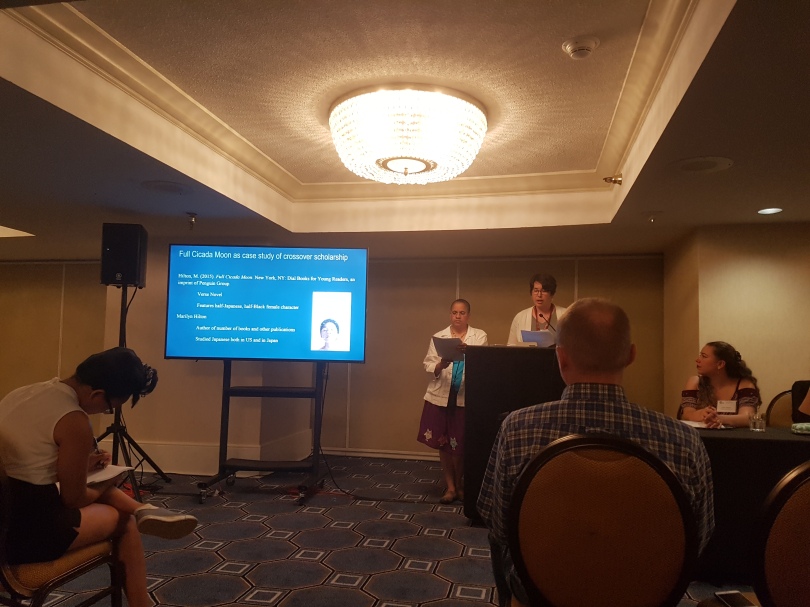 With thanks to Madison McLeod for additional photographs; in my jetlagged condition, most of the photographs I took were of big American sandwiches. 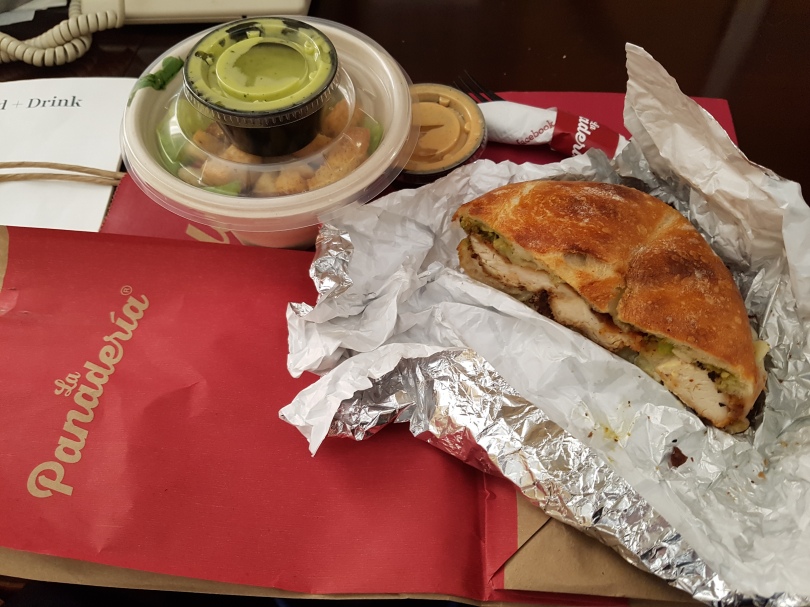 I wasn’t joking. I really really like big American sandwiches.>